So what do Noam Chomsky, Serena Williams, Stephen Hawking, Tim Cooke, Joel Olsteen, The Pope, The Dalai Lama, Xi Jingpin, Angela Davis, and the founders of Black Lives Matter have in common? They all received an email from me asking “what do you eat and why?” Surprise! Surprise! I got a few automated responses and the “I got other shit to do than to respond to your email” cold shoulder.

Despite my attempt to collect favorite food data from primary sources, I instead found myself combing through paparazzi sponsored gossip columns and some kind of state censored Chinese media.

Typically, I would offer some kind of twisted political analysis of the foods wolfed down by my random list of  faith based, academic, and political celebrities (most of whom I look up to with the exception of the Mega- Church dude and the President of China). But because of the questionable legitimacy of my sources, I’ll instead just share my unfiltered WTF epiphanies.

1.) Noam Chomsky, being the critical thinker and last bastion of intellectualism I take comfort in during this modern dark age, is an uninformed, unwilling conservative in the

kitchen. In an interview from 2011 he stated: “I’m into eating as little as possible, paying as little attention as possible. I never cook. Never use the stove or anything.” This cut me a little too deeply, as I rocked back and fourth between my stove and Kitchen Aid mixer while cradling a signed copy of “Manufacturing Consent.” To plummet even farther from my leftest hero, he’s eaten a turkey on marble rye with no sauce from the same deli for the last 25+ years.

2.) Serena Williams, a personal hero of mine on multiple levels, is obsessed with tacos and taco parties. She is like the kid from “Dragons Love Tacos” minus the whole abhorrence to spicy salsa.

In a 2016 interview with USA Today, she pronounced “I’m from Compton and there is a big mixture of cultures…. I grew up next to all of these Mexican families and we were close with them when I was little, we were friends. I think that’s where my love for tacos come from.” At age 35 she still hosts taco parties, making them herself with corn tortillas and all. I love her.

3.) Stephen Hawking, the living breathing astrophysics deity who regularly works to unlock mathematical secrets of our universe, was diagnosed with motor-neuron disease, also known as Lou Gehrig’s disease. Jane Hawking (his ex-wife and caretaker) provided him a gluten and sugar-free food diet that prevented hazardous choking common with Stephen’s condition. This restriction, among other things, significantly extended his life. God bless Jane and his current caretakers (although Stephen probably is an atheist).

4.) Tim Cooke, the CEO of Apple, is lactose intolerant (I’m almost certain). During a business trip to Paris, he knifed and forked his way through seeds of caramelized squash, salmon and leeks, and a course of chocolate mousse. According to Business Insi 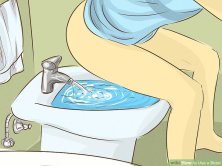 der, when asked to try some authentic fromage, he shared that he didn’t usually eat cheese, but did so anyways. My gut tells me that this was a case of overzealous diplomacy,  which I am 90% certain ended with a different kind of mousse that required extensive bidet-ing.

5.) Joel Olsteen, the megachurch leader, relies on the bible for nutritional and diet advice: “But Daniel was a breed apart. He served GOD with his whole heart. Because he knew some of those foods had been offered up to idols and knew many of them were not good for him, he told the official, ‘I don’t want to eat this food. Just give me fresh vegetables and water.’ ”  (Non-denominational eye roll). Back in 2012 the Pastor also told his congregation of 48,000+ followers that the bible says Christians shouldn’t eat pork. This alienated the 47,999 members of his congregation that inhaled bacon that morning prior to his service.

6.) His holiness Pope Francis is up at 4am and works like a beast through intense sets of prayer and meditation. By 7am he delivers an impromptu scripture reading for Mass. I

imagine it’s much like a spoken-word piece, throwing up his own hand-signs for spiritual liberation & Vatican love. Finally at breakfast, his holiness rejuvenates with freshly squeezed orange juice and membrillo, a sturdy fruit preserve that can be stacked on cheese, bread, or crackers. Eerily akin to the Pope’s routine is….

7.) his holiness the Dalai Lama, also an early riser (3am). For about 2 hours, this holiness is steeped in his circuit training of prayers, meditation, and prostrations. He builds in a

walk before breakfast, and if it’s raining, he walks and meditates on the treadmill. Like the Pope, he also enjoys fruity preserves spread over bread (better pick up some Bonne Maman), as well as tsampa, a breakfast porridge comprised of barley. The Dalai Lama has been known to crank up the BBC World News, informing himself while filling his belly.

8.) Xi Jinping, the Supreme Commander of the People’s Liberation Army and the President of China, is still a Puppet of Propaganda (P4). Dude is pulling this working class hero shit when everyone knows he’s the most powerful mother_ucker in the world. Chinese state media continues to release stories and images of him of being one with his people, eating backwoods style farm food and spending 21 yuan ($3.50 US) at a highly frequented, inexpensive chain restaurant. If you’re curious, he had steamed pork buns, liver, veggies, and sat at a communal table to enjoy his food, every moment well documented. Accessibility is important, but only if it’s believable. I’m waiting for him to dip his ivory spoon into some shark-fin soup, dressed with truffle oil, tiger dicks, and Shinzo Abe’s head, and the media there to embrace it.

9.) Angela Davis, professor, political activist, author, and Black Panther, is a vegan. A VEGAN!!! Why??? This is worse than Noam Chomsky’s aversion to cooking. Secretly my views on veganism have very much aligned with Anthony Bourdain’s belief, that this is a “first-world phenomenon, completely self-indulgent.” Essentially, veganism is a form of protest against destructive animal agriculture & food production, but arguably is still a political choice that comes from a place of privilege.

This is surprising because Professor Davis understands third world struggles and the realities of famine, not just abroad, but here within segregated cities and neighborhoods deemed as food deserts. Until everyone has the food they need to survive, it would be classicists, presumptuous, and misguided to expect anyone to make that choice.

10.) Alicia Garza, Opal Tometi, Patrisse Cullors, three amazingly brilliant, courageous, and beautiful women of color who founded Black Lives Matter. I found nothing online as to their food preferences or dietary drama, and I would like to keep it this way 🙂